Fire on the Mountain

I’d been putting off this piece for months, waiting for a fire season that never (thankfully) came.  Well what better way to celebrate a chilly fall day than to talk about fire.

Fire of course is a very natural and integral part of the chaparral cycle.  As our hillsides age, dead wood and leaf litter piles up until a well placed lightning bolt (or idiot’s cigarette butt or campfire) sets things ablaze.  Wildfires are most common in fall when the dry season peaks and the Santa Ana winds start to roar.  Some areas have burned almost once a decade while others haven’t seen fire in a century.

Native Americans would use controlled burns to increase local availability of wildlife and to encourage fresh growth of willows and bulbs, used everyday for baskets and food 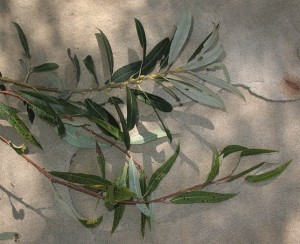 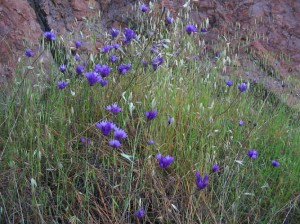 Wildfires can get to over 1200 degrees Fahrenheit, and after such destruction it’s hard to believe that anything will return.  But within weeks sure enough the party begins.   Chaparral plants regenerate one of two ways, rarely both.  Many large shrubs like  green bark ceanothus, toyon and scrub oak will resprout from burls or underground root systems, which store carbohydrates for new growth. 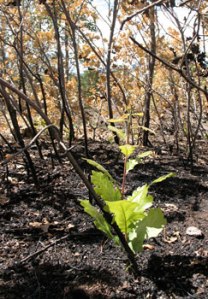 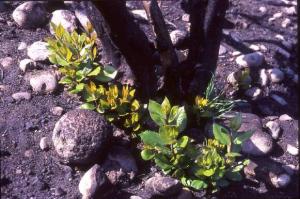 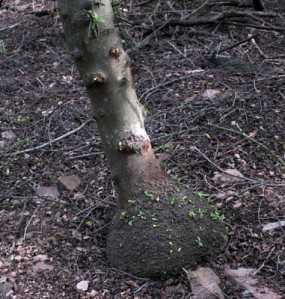 While others have seeds which respond to some fire cue, whether it be heat, smoke or ash.

Chamise, or greasewood as it is also called is the regrowth champion of the chaparral.  It regrows vigorously from the charred burl and produces thousands of seedlings as well. 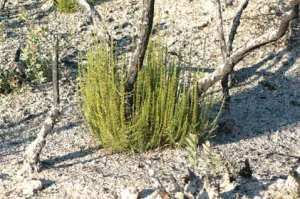 Chamise resprouting from the burl

Laurel sumac can resprout from the burl but also regenerates from the vigorous root system. 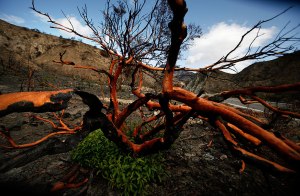 Of course the fire-following annuals are the most spectacular.  Poppies and phacelias are the most frequent and showy followers, as well as gilias, whispering bells and larkspurs. 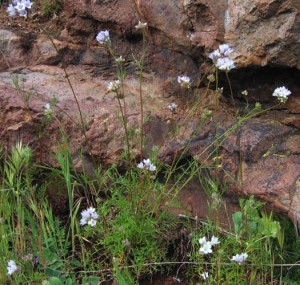 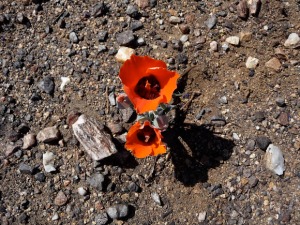 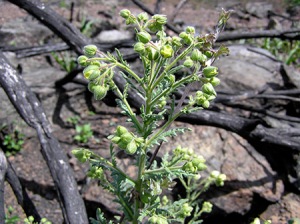 Soon after the annuals the “pioneer species” start to regenerate.  Shrubs like deerweed start to pump nitrogen back into the soil to allow the bigger shrubs to flourish 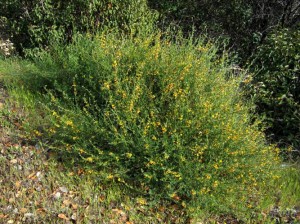 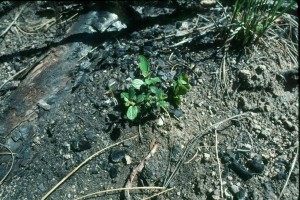 In my propagation experience there are a number of seeds which require some smoke or heat to germinate.  This involves gathering chamise wood, making a fire in the home barbecue, and putting packets of seeds near but not over the fire.  Sagebrush, nightshade and especially poppies respond well to this treatment. 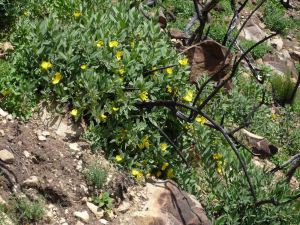 If you are interested in learning more this is a great book by Richard Halsey, who has also give talks at OVLC.

1 Response to Fire on the Mountain